Gary Anderson will open his defence of the Paddy Power Champions League of Darts against Michael Smith when the BBC-televised tournament begins on Saturday October 19.

The £250,000 Champions League of Darts, to be held at the Morningside Arena in Leicester on October 19-20, sees the world’s top eight players competing across two days. The eight stars are split into two groups of four for the round-robin phase over the opening three sessions, before the top two from each group progress to compete in the semi-finals and final.

The BBC-televised Champions League has proven hugely popular since being introduced in 2016, with Phil Taylor and Mensur Suljovic winning the title in the opening two years before Anderson’s success 12 months ago.

Tickets for the 2019 Champions League of Darts are available from SeeTickets and the Morningside Arena.

Tickets are sold subject to standard PDC Terms & Conditions as displayed at www.pdc.tv/tickets.

Phil Taylor won the inaugural event in 2016 with an 11-5 win over Michael van Gerwen, Gary Anderson and James Wade were Semi-Finalists.

2018 saw Gary Anderson win the Paddy Power Champions League of Darts title for the first time with an 11-4 victory over Peter Wright in the final from Brighton. 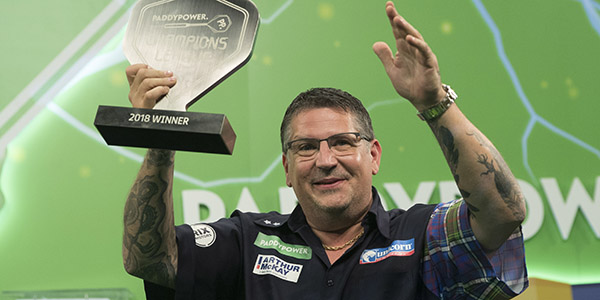 As participants in a PDC event, & as PDPA members, you are subject to DRA rules - including betting integrity rules.

We remind members that betting on darts, including Q-School, or asking someone to bet for you, would be a breach of these rules. ... See MoreSee Less

⚠️ NOTE TO Q-SCHOOL ENTRANTS As participants in a PDC event, & as PDPA members, you are subject to DRA rules - i… https://t.co/Gyz6Nl8T2D