Krzysztof Ratajski made history as he became the first Polish winner on the European Tour by defeating Dave Chisnall 8-2 in the Gibraltar Darts Trophy final on Sunday night.

Having never previously won past the quarter-finals on the European Tour, Ratajski saw off Joe Cullen, Ian White and Daryl Gurney to secure his spot in the decider in Gibraltar. Chisnall, who hit a nine-darter in his quarter-final clash with James Wade, took the opening two legs of the final, including a 117 finish to break the Pole’s throw.

Ratajski, however, then made no mistake in breaking straight back with an incredible 124 finish, followed by a hold of throw to level the scores at 2-2. From there the Polish ace took control of the match, reeling off a further six legs on the spin to claim the £25,000 title and make history for East European darts. 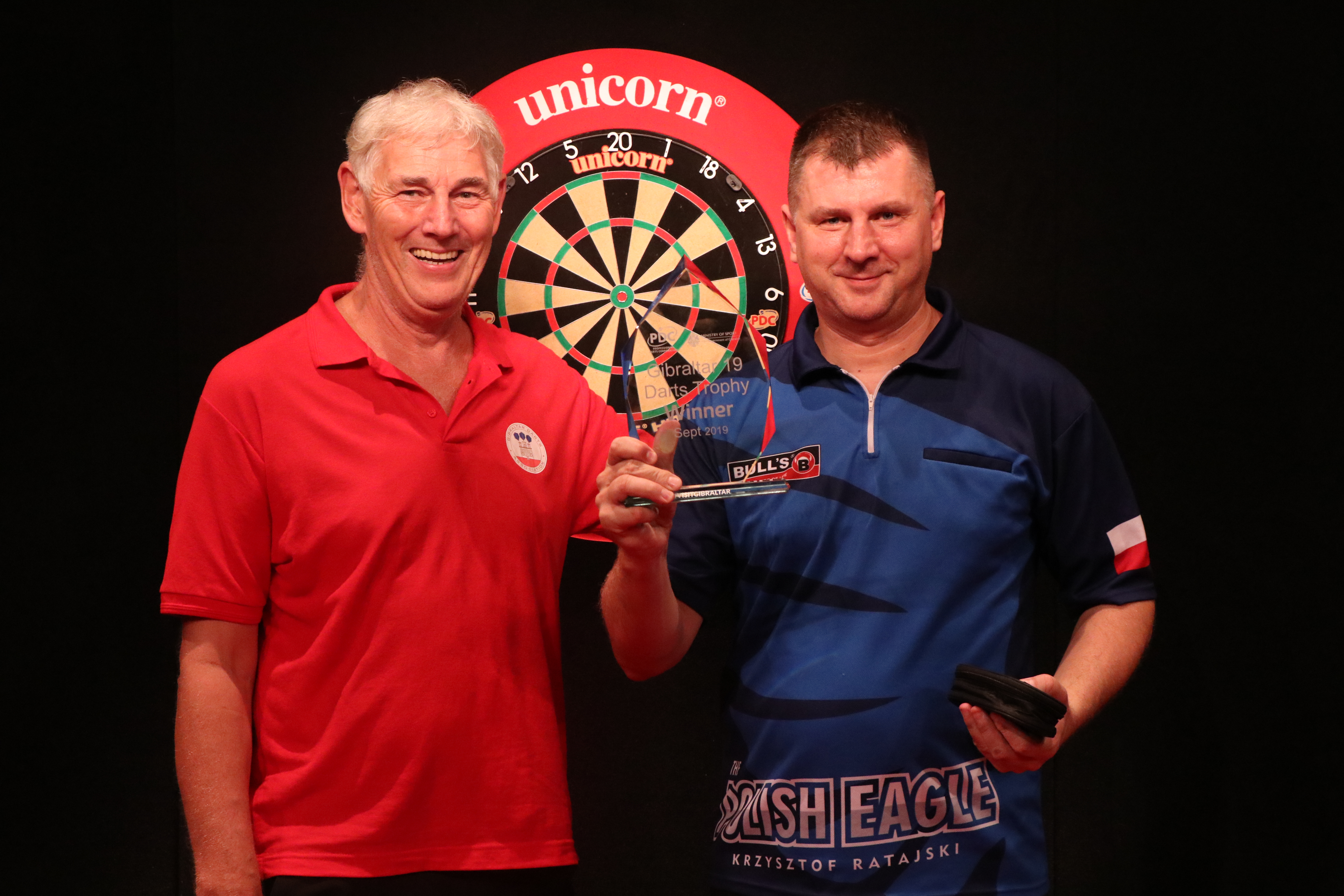 “It’s incredible, I still don’t believe it,” said Ratajski, who averaged 102.85 in the final. “I’ve won floor tournaments but this is the first one I’ve won in front of a crowd. “This is a great night for Polish darts and I’m just so happy to lift this title.”