Glen Durrant and Dimitri Van den Bergh will clash in the tie of the first round at the bwin World Series of Darts Finals next weekend, while Fallon Sherrock makes her big-stage return against Jeff Smith.

The 24-player event will be the PDC's first to be staged in front of a live crowd at the Salzburgarena in Austria from September 18-20. With the world's top eight players seeded through to the second round, Friday's first round action will feature the 12 invited players from around the world alongside four qualifiers.

The draw has thrown up a tasty first round tie between Premier League leader Durrant and World Matchplay champion Van den Bergh - with the winner to take on reigning champion and world number one Michael van Gerwen. 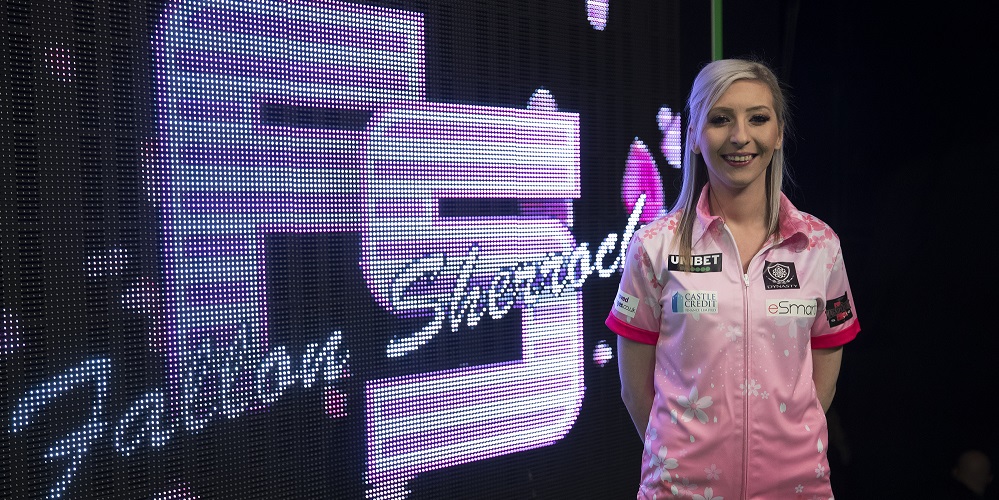 Sherrock, who made history as the first woman to win a game at the PDC World Championship last December, will play Canada's Jeff Smith - the former North American Championship winner - in another eagerly-awaited first round tie, with the winner facing 2018 World Series of Darts Finals champion James Wade.

Austria's Mensur Suljovic will be banking on home support as he takes on Poland's Krzysztof Ratajski on Friday night, while Lithuania's Darius Labanauskas takes on emerging English ace Harry Ward.

Australia's Simon Whitlock will play Steve Beaton, while top New Zealander Cody Harris takes on Dave Chisnall. Following Friday's first round, the eight seeds will enter in Saturday's second round at the Salzburgarena. Sunday's decisive final day will see the quarter-finals held in the afternoon session, with the semi-finals and final in the evening session.

The event will be shown on ITV4 in the UK, with worldwide coverage through RTL7, DAZN and other PDC broadcast partners accompanied live streaming for PDCTV Rest of the World Subscribers.

The official PDC Hotel for this event including the rates and how to book are below.

Travel to the SALZBURG:

Due to the short distance from the airport to hotel/venue, a taxi is the best option.

A shuttle may yet be provided by PDC-Europe due to the pandemic and 'Bubble' or 'Semi Bubble' environment.

For your security and safety we recommend using the PDPA official Travel Partner ‘Travel Counsellors’ who are here to help all of our members travel requirements, Katie French and Tina Tomlinson at Travel Counsellors are here to give you travel advice, and a professional service.