Michael Smith recorded the third highest average in BoyleSports Grand Slam of Darts history as he joined Michael van Gerwen, Dave Chisnall and Gabriel Clemens in qualifying for the knockout stages in Wolverhampton on Sunday.

Smith averaged 113.62 in a brilliant 5-1 win over Nathan Aspinall as the world number three ensured his place in the last 16. Smith continued his superb start to the event, following up Saturday's victory over Glen Durrant with a second win in as many days, meaning that the Lakeside Champion and Aspinall now face a shoot-out on Monday.

"It was a massive match and I knew I had to win, so I'm pleased to play so well," said Smith. "Nathan said I was phenomenal and I felt I owed him one for when he beat me in Las Vegas.

"It was a big game and I'm glad I did myself proud and got the win, and I'm safe. As long as I won the match that was the most important thing for me - the record average would have been nice but records don't win you tournaments.

"This event is a target for me because I'm desperate to win a TV title. That's been my aim this year." Durrant bounced back from his opening loss to Smith with a dramatic 5-4 win over Martin Schindler, the young German who now cannot qualify.

Schindler led 4-2 but paid for missing two match darts at tops as three-time Lakeside Champion Durrant produced a pair of 84 finishes to keep his hopes alive before winning their deciding leg.

Three-time Grand Slam champion Michael van Gerwen stormed back from 2-0 down against Adrian Lewis to qualify from Group A with a 5-2 victory.

"I've not been at my best but my darts didn't let me down and I found an extra gear when I had to against Adrian," said Van Gerwen. "He tried to push me, especially at the beginning, but I did the right things at the right moments.

"I'm through to the next round and I can look ahead to that, but I'll still concentrate on the last group match. Ross Smith beat me in the European Championship and of course I want to put that right." 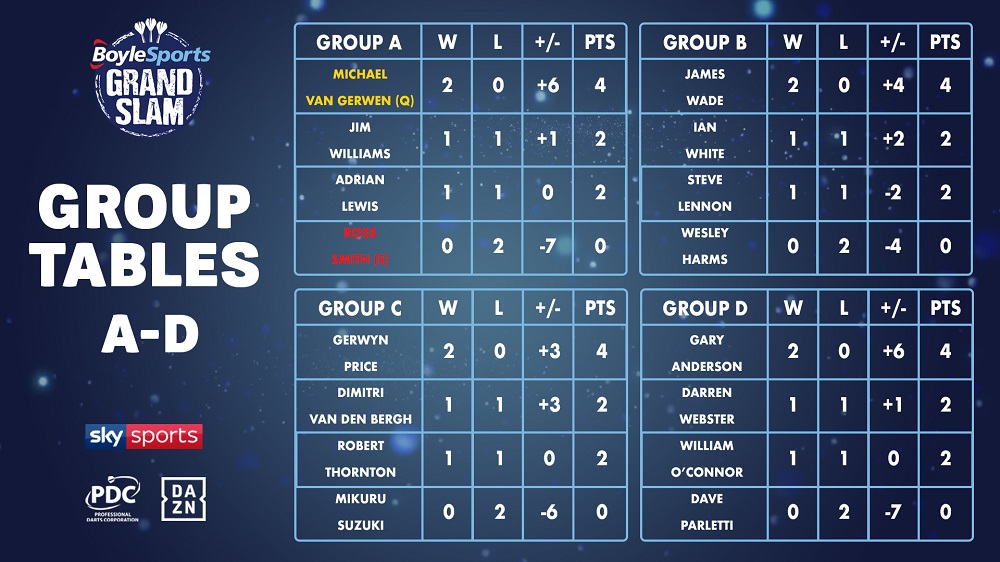 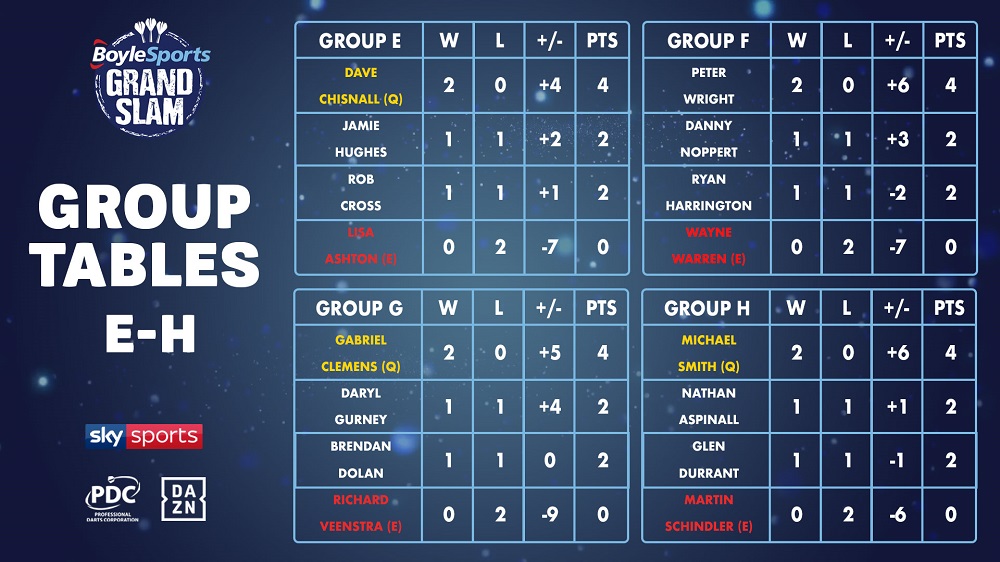 The PDC will contact all qualifiers for this event and an event brief will follow, if you want to book your hotel early see below.

For alternative Hotels in Wolverhampton go to booking.com see below

For alternative choices in Wolverhampton via booking.com please CLICK HERE

Travel to the WOLVERHAMPTON: