Gary Anderson has been ruled out of Thursday's Cazoo Premier League night in Leeds after testing positive for Covid-19.

The two-time Premier League champion had been scheduled to play Michael van Gerwen in their quarter-final at the First Direct Arena.

However, having felt unwell whilst at home he has subsequently tested positive for Covid-19 prior to travelling to Leeds, and will now miss Night Nine on Thursday night.

Under tournament rules, Van Gerwen is awarded a 6-0 win in the quarter-finals and progresses into the semi-finals, where he will play Michael Smith or Peter Wright. 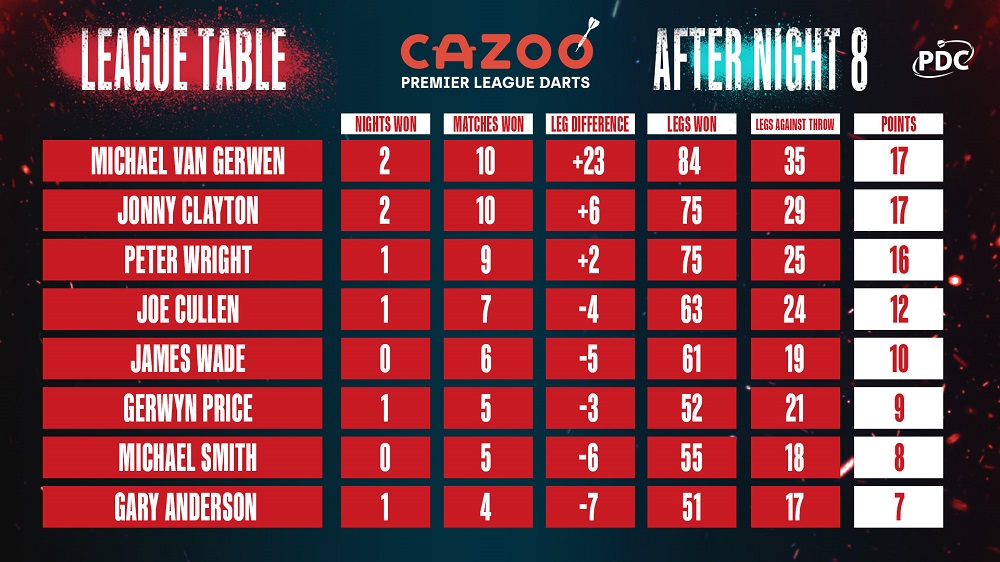 Travel to the LEEDS: