Ian ‘Diamond’ White won the 2018 Dutch Darts Championship on Sunday from Maastricht with an 8-5 win over Ricky Evans.

IAN WHITE lifted his first European Tour title after defeating Ricky Evans 8-5 in the final of the Dutch Darts Championship in Maastricht.

White was playing in his 63rd European Tour event, more than any other player, and was left in tears as he became the third new winner on the continent this year.

The £135,000 tournament at MECC saw runner-up Evans reach his first European Tour final, but it was White’s weekend as the Stoke star found double top with his last dart in hand to clinch the £25,000 top prize. 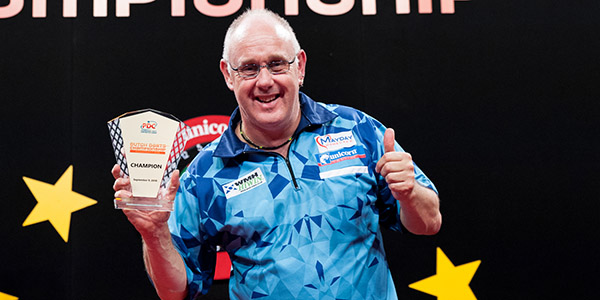 “It’s been a long time coming, I’m getting older so it’s just magical to finally win one,” said White, who now has ten PDC titles to his name.

“I was so pleased to see that double top go in to get me over the winning line because I got a bit nervy towards the end.

“Now I’ve won one hopefully there will be a few more to come – it’s just a magnificent feeling to win a title on stage at last.

“I’m playing well and enjoying the game and I want to start going far in TV events and maybe win one but right now I’m going to enjoy this moment.” 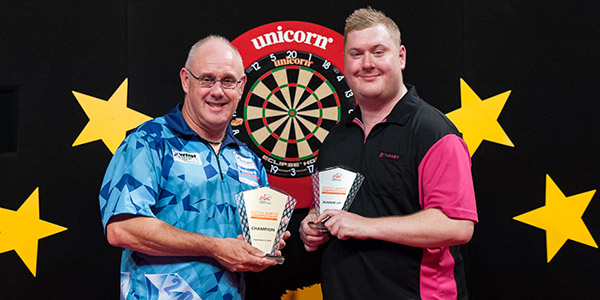