Having won his PDC Tour Card for the first time in January, Hughes took just five months to taste success on the PDC stage, defeating Stephen Bunting 8-3 in the final at the PVA Expo. The win also secures a maiden appearance at the World Matchplay for a resilient Hughes, who plied his trade on the PDC Challenge Tour in 2018 having failed to win a Tour Card at his first attempt.

“I’ve been playing well for a while now, better than I played this weekend strangely enough, and now I’ve finally got the results to show for it.

“To make the World Matchplay so soon is fantastic for me and now I can’t wait to show the world what I’m about on one of the biggest stages in world darts.” 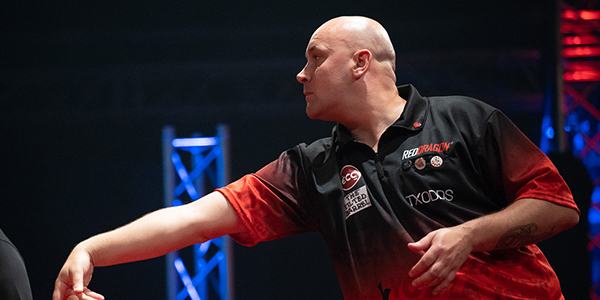 The final of the ninth European Tour event of 2019 was played out by two European Tour final debutants, and it was Bunting who struck first with a break of throw in the opening leg after nervy missed darts at double from Hughes.

Places in this month’s inaugural Czech Darts Open and the forthcoming Austrian Darts Championship were on offer for players in the qualifiers at Wigan’s Robin Park Tennis Centre. Australian star Cadby, the former World Youth Champion and 2018 UK Open finalist, will make his European Tour debut in the Czech Darts Open, and also secured a spot in Vienna in August.

If you qualify for any of these two events, you must go to the event brief area for each event to see the travel , hotel and event information. 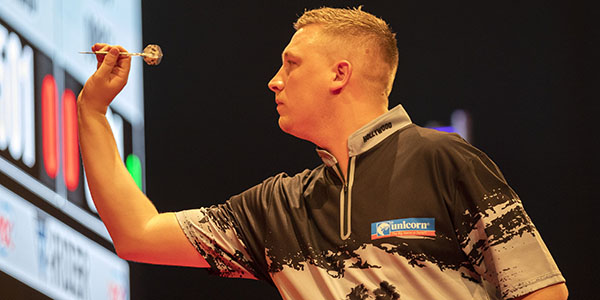 Scotland won the BetVictor World Cup of Darts for the first time on Sunday with a 3-1 win over Rep of Ireland in Hamburg.

They were crowned as BetVictor World Cup of Darts champions as Gary Anderson and Peter Wright overcame the Republic of Ireland 3-1 in the final in Hamburg.

The Scottish pair have been defeated twice previously in the final of the annual pairs tournament, losing out to England in 2015 and the Netherlands 12 months ago. However, this time they went all the way as they denied Steve Lennon and William O’Connor a remarkable triumph.

The Republic of Ireland had never won past the Last 16 in the previous eight World Cup tournaments, but followed up a round two demolition of England by defeating Austria and the Netherlands on Sunday to defy the odds and reach the final.

Their semi-final triumph over the Netherlands was particularly memorable, as they whitewashed Michael van Gerwen and Jermaine Wattimena 4-0 in the Doubles decider with the aid of finishes of 131 and 128 from Lennon.

Lennon also opened the final with a 4-2 win over Gary Anderson, but Wright’s 4-2 win over O’Connor saw them level before an outstanding Doubles whitewash moved them 2-1 up overall.

Wright then sealed glory for Scotland for the first time as he defeated Lennon 4-1 in their Singles tie to secure the £70,000 top prize and become only the third nation to win the event.

The Scots had earlier raced past both Belgium and Japan with 2-0 wins to secure their place in the final, marking a hugely successful return to action for Anderson following his treatment for a back problem.

Five great players and respected sportsmen representing not just our association but our sport as well.

The Boys came 2nd after the whole days play, with 89 points only 2 points behind the eventually winners.

Well done from all at The PDPA

We are pleased to announce that following discussions with the PDC and the DRA we can confirm the following update for the use of Mobile Devices at Development & Challenge Tours, European Tour TCH Qualifiers and Players Championship events.

The making or receiving of calls in the playing area is forbidden, this includes the bar area.

If you need to make a phone call you must leave the playing area and go outside the venue. It is also forbidden for Players and/or their guests to take photographs within the playing area.

Where a Player or Registered Agent fails to comply with this rule it will lead to a referral to the Darts Regulation Authority for possible disciplinary action. Guests who breach this rule will be asked to leave the Arena.

Please note that Players are responsible for their guests at all time when they are attending an event.