The Dutchman is now unbeaten in 20 matches since the tournament’s move to the Marshall Arena in 2015, having swept through the world’s top 16 to take the £60,000 top prize.

On his return to action following victory in the World Championship final on New Year’s Day, Van Gerwen had seen off Jonny Clayton to begin his challenge on Friday.

He then overcame Mensur Suljovic 10-5 in Sunday afternoon’s quarter-finals and landed finishes of 170 and 141 in an 11-7 semi-final defeat of Dave Chisnall. Van Gerwen fired in another maximum 170 checkout during the final as he denied 2014 champion Wade a second Masters title. 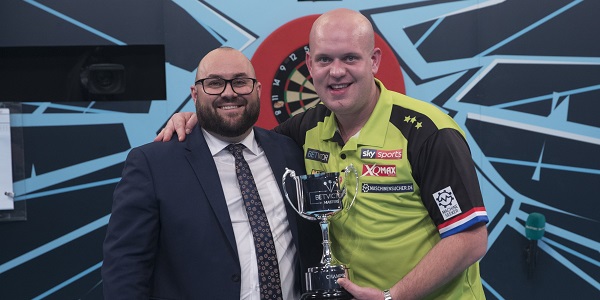 “I’m really pleased,” said Van Gerwen. “It’s a great venue for me and this is a tournament I love, so I’m delighted.

The pair shared the opening six legs, but Van Gerwen landed his second 124 finish of the game as he claimed four straight legs to move 7-3 up.

An 11-darter saw Wade hit back as he claimed two of the next three, but Van Gerwen pounced with a 70 finish to move 10-5 up before sealing glory on double eight. 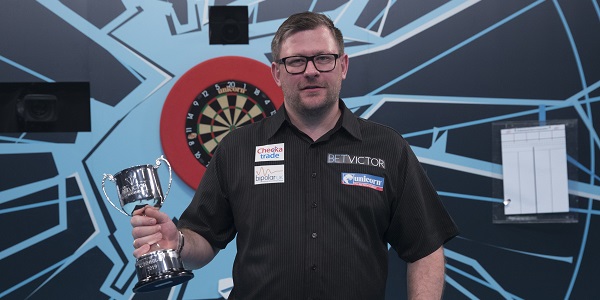 Wade’s run to the final saw him follow up Saturday’s defeat of Gerwyn Price with a comeback from 4-0 down to defeat Joe Cullen in the quarter-finals. He also battled back from 9-7 down in the semis against Peter Wright to claim an 11-9 victory, but was unable to claim a third TV title inside four months as Van Gerwen proved too strong in the decider.